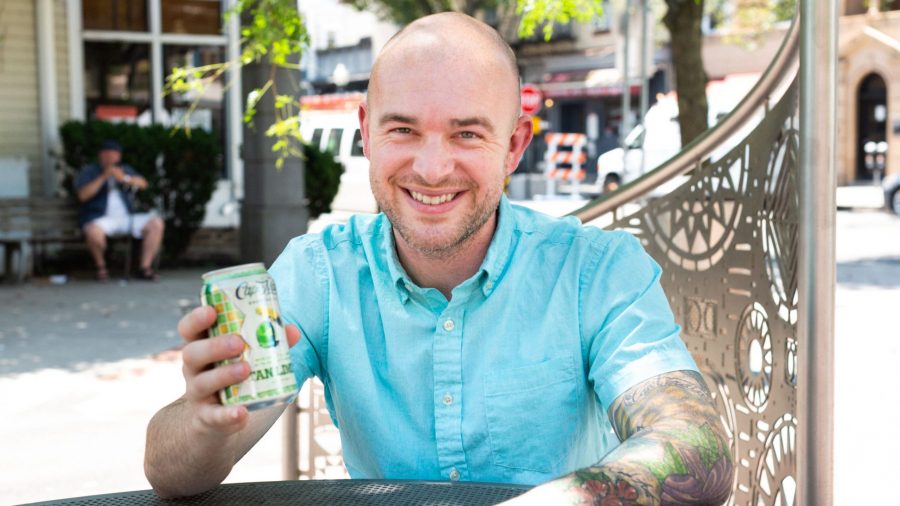 Just prior to the COVID-19 pandemic, we were looking for a Sales Manager to cover our Middlesex-Mercer-Hunterdon-Somerset territory. At the time, we didn’t know how the world would be changing a few weeks later, and, in hindsight, bringing on the wrong person could have been disastrous.

“He’s been in the business for years, and he knows his stuff,” says Director of Sales Bill Zaninelli. “And he knows Jersey, too. He trained for two days and took over the route without a problem, hitting the ground running. He’s signed accounts that we couldn’t get before. Our clients like him because he gives them personalized service — he’s a good communicator. We’ve got a great team in the northern part of the state, and he fit right in.

“He’s our quiet assassin. He’s everything I would want in a Sales Manager.”

Paul is originally from Hamilton, NJ — the one in Mercer County, not Atlantic.

Paul attended Steinert High School before enrolling at Rutgers University in New Brunswick for Criminal Justice with a minor in Psychology.

Agreeing with us that “beer is a whole lot more fun” than criminal justice, Paul has done little else than the beer business since college.

Before joining us at Cape Beverage, Paul was the New Jersey representative for Harpoon Brewery, based in Boston. Prior to that, he was with one of New Jersey’s other distributors.

“I worked on the trucks in high school,” he says. “I did some things in college as a summer job, so I’ve been in the beer business for a long time. At the distributor, I was in the draft department for a few years, and then they created the craft department. I was in that department for three years, I think, before I went to Harpoon.”

When he saw the position available at Cape Beverage, he thought it looked like a great opportunity.

“I knew that Cape May was on a big upward trajectory,” he says. “I like the beer, and I knew Chris Verderame and Evan Kostka. They all had good things to say. Cape May reminded me of a young Harpoon when they were really trending upwards with things, just starting to add sales force, and trucks, and things like that. So, I think it’s cool to be on the ground level with that and see a company grow.”

He and his wife of almost four years, Alyssa, have two children, three-year-old Brayden and newborn Elliana.

“It’s definitely an adventure,” he says. “It’s something new every day. You’re learning as you go — there are no guidelines and it’s uncharted territory. You just figure it out. And it’s a lot of fun, too.”

Paul’s a fan of Philly sports, “with the exception of hockey. Hockey, I gotta go with the Devils.”

When it comes to music, Paul admits that he’s “all over the place,” but he’s played the guitar for several years.

“It comes in waves,” he says. “I’ll play for a while, then I’ll put it down, then I’ll pick it up again.” I played a little piano back in the day when I was younger. My grandfather played a lot, too.”

However, Paul’s main passion is Brazilian Jiu-Jitsu. He’s been involved in the sport for about sixteen years, and he’s taught it at one of the academies in Middletown for nearly seven.

“I like the cerebral part of it,” he says. “And I like the physical part of it. I like teaching people and seeing their growth. I’ve built a lot of friendships and bonds on the mat that you don’t really find elsewhere. When you’re choking people, it’s a different kind of relationship.”

He began with karate when he was younger, but he eventually gravitated toward Brazilian Jiu-Jitsu. A friend of his studied with the legendary Gracie family and began teaching Paul.

“He really had the knowledge to take me under his wing for years,” he says. “He kind of gave me all that he could, but he was like, ‘Look. If you want to learn more, you’re gonna have to go to Henzo himself. He lives in New York, now, in Manhattan.’”

So, at 17 years old, Paul began taking the hour-and-a-half train into Manhattan to train with one of the masters of the sport twice a week.

“I’ve traveled with it, too,” he says. “I’ve competed, as well. Canada, Brazil, the Canary Islands. I went to a school in Iceland, but I didn’t end up training there. Wherever I go, I can find a school, and they’re very welcoming.”

“I had three fights: two and one,” he says. “It’s just not a sustainable thing unless you’re really going to dedicate all of your time to it and be poor for quite a while because you’re not going to make any money. But I’m glad I tried it.”

Paul frequently traveled to Wildwood when he was younger — his aunt had a house there each summer.

“Once in a while, we’d shoot down to Cape May,” he says. “It’s awesome. It’s got its own little feel; it reminds me of a New England kinda town. It’s awesome. I love it down there.”

“It’s kinda crazy to see,” he says. “There’s a good reputation, which makes selling our product easier. The beer is good, and people know that. So, I want to see where it goes and how big and strong the company can get.”

And he’s been loving his time here so far.

“It’s great,” he says. “Everybody’s been super helpful. I started at kind of a weird time, just before the pandemic came in, so I haven’t even met most people in person until recently, but even with that, everyone’s been super cool. Very helpful. Especially when I went out on paternity leave, Jenna Rae and a couple of the guys stepped up. Really, there were no issues, so it was pretty cool.”

Luckily, though, Paul came on just in time to get his hands on his favorite Cape May beer: Bounding Main.

“I like almost all of our beers,” he says, “but, yeah, I’ll have to go with Bounding Main. I really like the hop profile of it.”

If you run into Paul out in the field, be sure to say hello!