Phone
Menu
“It’s awesome,” he says. “It’s laid back and friendly. Everyone’s upbeat and positive. It’s been great so far.”
Our Crew 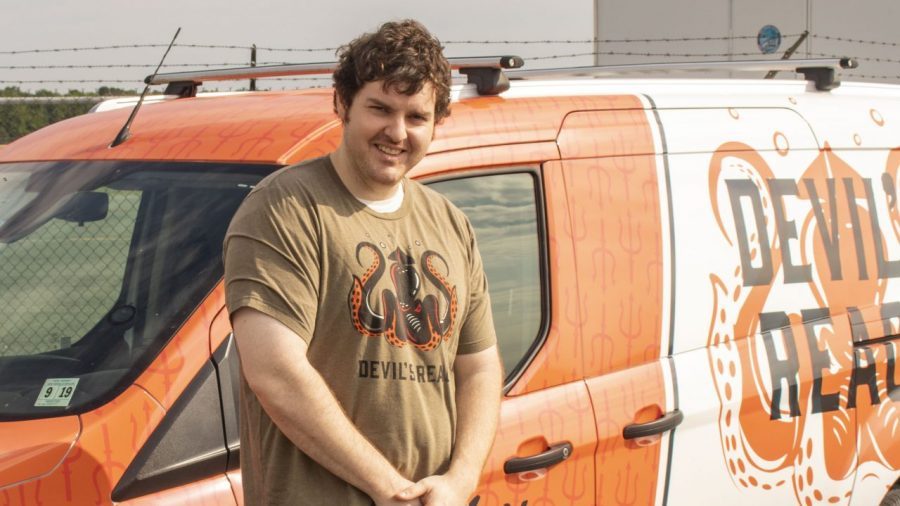 One of the great things about this business is that we’re always running into other people in the same business. Out in the field, at bars and at conventions, the brewing community is a tight-knit one.

That’s why, when we needed a new Draft Technician, finding someone with experience wasn’t difficult.

“Brendan brings a wealth of experience to the position with over five years of draft cleaning in New Jersey and Utah,” says Distribution Manager Justin Vitti. “He also has a sharp and dry wit about him that adds to the chemistry of the Distribution team at Cape Beverage. Ask him one day about his ever-changing mustache and facial hair, too!”

“I went to Elizabethtown in Pennsylvania, then I went to Southern Utah, and after that Camden County for a little bit. I started off as a Chemistry major, switched over to History, then Parks and Rec,” he laughs. “Going down the difficulty ladder.”

He was traveling cross-country when he discovered he loved Utah.

“I drove to California,” he says. “Well… the plan was to go to California, but I drove to Vegas instead. I drove through Utah and thought it was awesome. I decided that if I went back to school, it was going to be in Utah.”

He spent about five years there: first in a city in southwestern Utah called Cedar City — near Beaver Dam and not far from Las Vegas –, then up in Salt Lake City.

He’s returned to school at Camden County right now, taking classes online. Being back in school when you’re almost thirty is an interesting experience.

Enviably, Brendan’s had the chance to travel to Europe frequently: his mother is from County Down, south of Belfast in Northern Ireland.

“We go and see all of her family a lot,” he says. “It’s a small town called Camlough. It’s nice.”

His love for the open road will serve him well in his new position — Brendan will be covering much of the middle of the state, diligently servicing our lines.

He’s a fan of all the Philly sports teams but is a huge music fan.

“Classic, hard rock. Van Halen, Aerosmith, I like Whitesnake — I’m not ashamed to say it,” he laughs.

“It sounds like you are,” laughs Sales Manager Richie Rallo.

“It’s because people only know the hits!” he says, defensively. “They don’t know the deep tracks! They’ve got great stuff!”

He loves the 80s hair bands, too, and we totally don’t blame him.

“I’m a guitar player, and all that stuff is right up there,” he says.

He’s been playing for 23 years. We asked if he was in a band.

“No, but I’m pretty good,” he says with a smile. “If I were looking to put a band together, it would be a solo project.”

Andrew Monastra, our Draft Technician, frequently ran into Brendan out on the road while Brendan was working for another distributor. He reached out to him to see if he wanted to throw his lot in with Cape Beverage.

He’s enjoying being closer to Cape May on occasion.

“I love it,” he says. “It’s probably my favorite shore town. I love the historical, old mansions that are all over the place. And it’s smaller. Even though it’s a shore town, you don’t get that crowded vibe.”

“It’s a sweet job,” he says. “It’s a good place to be. I haven’t heard a single bad thing about any of CMBC’s beers, so the fact that they needed someone to do the exact same job, it was a no-brainer.”

“It’s awesome,” he says. “It’s laid back and friendly. Everyone’s upbeat and positive. It’s been great so far.”

You’ll see Brendan out and about, cleaning up our lines at accounts in Central Jersey. Be sure to say hello!