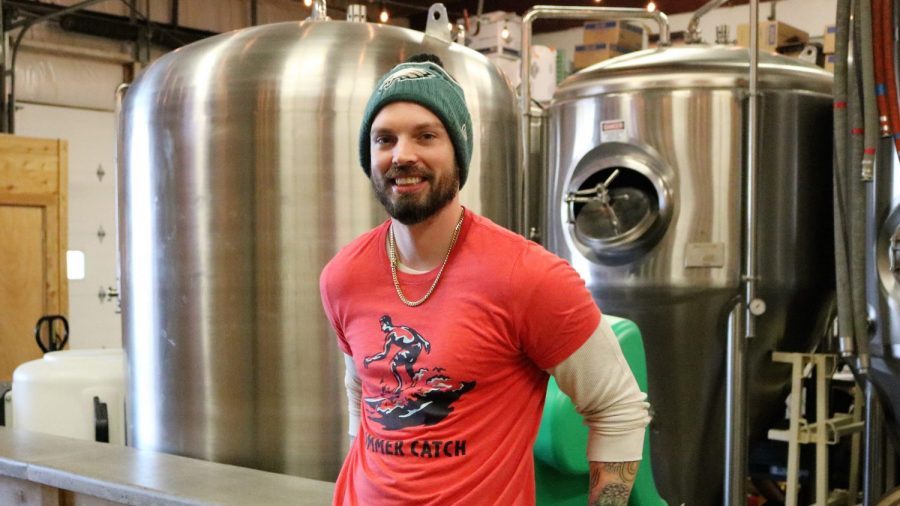 When you’ve got a dog named Hooch and you’ve always dreamed of making moonshine, where’s your career going to take you next?

Delivering beer for Cape May Brewing Co., of course!

Well, at least, that’s how it worked for Wildwood native Anthony Hindsley.

After Wildwood High School and college at ACCC, Anthony worked at a few places around town, including Little Nicky’s, the Windrift, and the Coast Guard base as a cook. But over the past nine years, he’s gotten into boxing and weightlifting.

“It was something I always liked watching on TV,” he says. “I was going to go pro, but I never got around to it. I had a match scheduled, but they kept pushing it back, and I didn’t want to put up with it anymore.”

But he loves his miniature pitbull Hooch.

Anthony thinks that Cape May is an “interesting town. The summer gets hectic, but the winter gets quiet, which I like. It’s nice being near the beach. It’s better than being in the big city.”

Anthony’s brother lived in Philly for a while, and he never enjoyed visiting.

But it was the call of the open road that drew Anthony to the position at Cape May Brewing Co.

“I just like driving,” he explains. “Being on the road. I don’t have to deal with bosses all day and I get some time to myself.”

He’s looking forward to the people at CMBC — and we’ve got some good ones.

“I just liked him,” he says. “He seemed to get the big picture and is a great fit to the Distribution Team.”

And, thus far, Anthony really likes The Bog. He enjoys beers that aren’t too hoppy or malty, and this one fits the bill.

Welcome aboard, Anthony! Be sure to say hello to him the next time you see him out in the field.