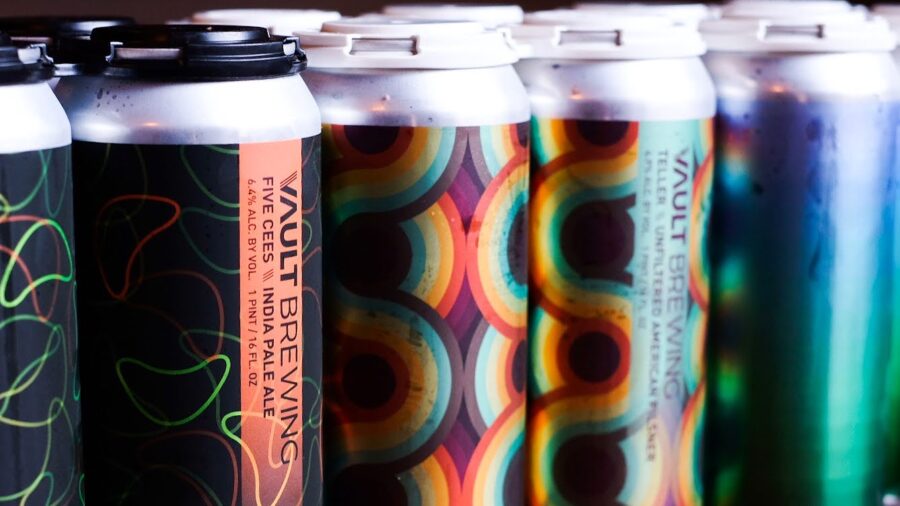 “We are extremely excited to add Vault Brewing and their 10 years of experience to our portfolio at Cape Beverage,” says Cape Beverage Brand Manager Chris Verderame. “Vault produces some of the best beers in the industry!”

Vault Brewing celebrated its 10-year anniversary this past October, and they have long been a staple brewpub in the region, known for not only their brews, but also their food and live entertainment. Their name pays homage to Yardley National Bank, which historically occupied the building the brewpub now resides in. What once was bank vaults of cash now proudly holds space for stainless steel beer tanks, which produce a range of different styles.

“Vault Brewing Company is incredibly excited to be partnering with Cape Beverage,” says Vault Brewing Company Director of Operations Eric Leypoldt. “While we’ve had a presence in Central Jersey for a while now, this new partnership will allow us to expand to the north and south. Our brewery is situated only feet from the Delaware River, so we have tons of customers from New Jersey in our brewpub every week. Having representation throughout the entire state just makes so much sense for us.”

Cape Beverage looks forward to bringing yet another stellar craft beer brand to more New Jersey consumers. The full list of brands to be distributed include:

Of Hops and Clouds, a 5.5% ABV New England-style Pale Ale brewed with the all-star combination of Mosaic, Citra, and Amarillo hops with notes of pineapple and clementine up front as well as guava, mango, and lingering apricot.

Five Cees, a 6.4% ABV IPA hopped with Cascade, Centennial, Chinook, Columbus, and Citra with aromas of citrus and tropical fruit as well as notes of tangerine creamsicle and fresh cut grass.

Public Offering, a 6.5% ABV New England IPA hopped with Strata, Sultana, and Mosaic with aromas of tropical fruits and a hint of dankness.

Beginning Thursday, December 1st, these Vault Brewing products will be distributed throughout most counties in New Jersey.

ABOUT VAULT: Vault Brewing is best described as a gastro brewpub that provides our own craft beer, local wine and spirits, and wood-fired pizza in a comfortable, relaxed, and visually striking setting. Our ingredients are sourced locall