Phone
Menu
"You’ll be able to more easily find cans of The Bog, and, once we get more breweries signed on, you’ll find a greater variety at your local store."
Cape Beverage News 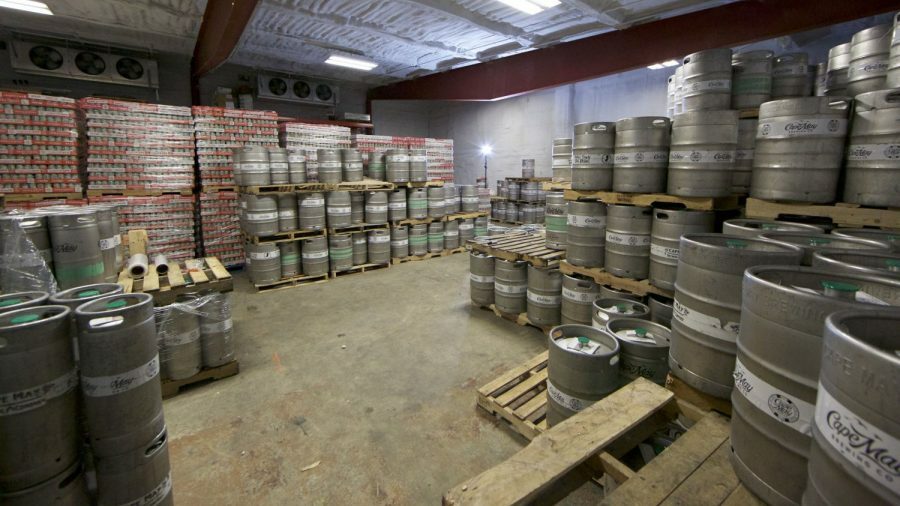 The alcoholic beverage industry is a highly regulated industry. We’re the only industry that has, not one, but two Constitutional amendments — and amending the Constitution is hard. You need a two-thirds majority in Congress, and that never happens.

One of the peccadillos of this business is what we call the three-tier system: producers, distributors, and retailers. The lines between those tiers vary from state to state and they frequently get a little blurred within each state. For example, we routinely sell our product from the Brewtique as a retail product, and we’ve been successfully self-distributing since we opened our doors.

The one thing all of the states agree upon — because of that pesky Commerce Clause in the Constitution, the federal government makes us agree — is that producers of alcoholic beverages cannot cross state lines with their product. For that, we need a distributor — which is why Cape May Brewing Company contracts through Origlio Beverage in Pennsylvania. They come to Cape May with several empty trucks and fill them up to the brim.

But. There are breweries out there that are able to pasteurize it. Unfortunately, none of them are in New Jersey.

So, in order to brew The Bog in Cape May, there would need to be a gigantic pasteurizer that would take up half the brewery and have no room for anything else.

Or The Bog could be brewed by someone with the ability to pasteurize, but there would still have to be a distributor to bring it back home.

Cape May Brewing Company could simply open a distributorship and do it themselves.

So, that’s what happened.

“It’s been difficult trying to get The Bog out in cans to our fans,” Ryan says. “They’ve been clamoring for it — it’s by far the single biggest request we get. Bog. Bog. Bog. So, we’re going to figure out a way to get our fans what they want.”

So, FX Matt of Utica, NY — brewers to Saranac and Brooklyn Brewery, among others — is willing to brew and pasteurize The Bog for us, as well as a few other draft offerings during the summer months.

This is going to allow CMBC to open up the variety of offerings over the summer. Since the brewery runs at max capacity over the summer, a bit of that responsibility will be transferred to FX Matt, opening up the ability to brew many more fun, different, and inventive beers during the summer months.

Aaaaannnndddd… you’ll be able to get The Bog at your local liquor store! Gone will be the limited releases of The Bog, planning your weekend around getting some, and having to travel to the ends of the earth (well, the southern end of New Jersey) to get your hands on it. Now, it’ll be available right up the street from you.

As an added benefit, we’ll be able to carry other breweries’ products, as well.

In the future, we plan to bring on more companies and brands — we’re in talks with a few folks, ultimately bringing a wider variety of our craft beer brothers from around the world to your local liquor store.

And we won’t be adding those brands willy-nilly as some distributors do. We don’t intend to have hundreds of brands taking up space in our warehouse. We’ll carefully curate our brands, seeking out those that fill a void in our market.

So, the takeaway for you, dear beer drinker, is this: you’ll be able to more easily find cans of The Bog, and, once we get more breweries signed on, you’ll find a greater variety at your local store. All brought to you by Cape Beverage.

It’s exciting. It’s borne from a lot of legal and brewing technicalities, but the solution to all of these ends up ultimately favoring New Jersey’s beer drinker. They’ll have a wider variety of beer to choose from and easier access to The Bog.

We’ll be fully ready to launch in the new year, and you can be sure we’ll let you know when we do.