Phone
Menu
"It is truly a pleasure to have Jason here with us. His positive attitude, upbeat personality, care for his co-workers, and dedication to our customers make Jason a perfect representation of our company and its core values.”
Our Crew

Jason Dunston started with Cape Beverage as a Driver Helper earlier this year, and has since become a Distribution Specialist who knows the ropes around delivering beer and navigating the roads throughout the state.

We asked Distribution Manager Rob Ritz about how it’s been working with Jason so far, and he shares: “There are some many nice things I could say about Jason, but I don’t think there’s enough room on the blog for them all.”

Although we can’t include them all in one post, here are some highlights!

“Jason is a great addition to the Cape Beverage team. He was hired at the beginning of the summer when things were ramping up and jumped right into the fire. He started out as a helper, but we immediately recognized his talent, dedication, and his ability to throw kegs around like they are empty cans, so we asked him to become a Distribution Specialist,” says Rob. “Jason is always willing to help what he calls his Cape Beverage family, and does it with a smile! He greets us every morning with a ‘good morning, family’ and leaves everyday with a  ‘have a good night, see you in the AM.’ It is truly a pleasure to have Jason here with us. His positive attitude, upbeat personality, care for his co-workers, and dedication to our customers make Jason a perfect representation of our company and its core values.”

It’s the little things, and as you’ll see, the more you know about Jason, the more cool he becomes! We caught up with him just before Halloween to learn more about him and see how things have been going.

Read More
“At the end of the day, it’s just talking to people. If you can talk to people, or find ways to connect with people, that’s all you need."
Our Crew 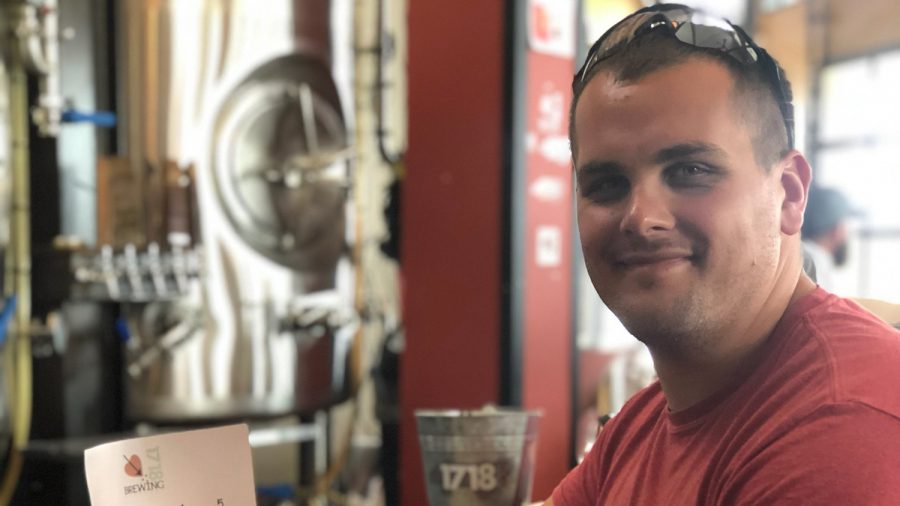 Our new Berks County, PA Brand Ambassador Josh Barndt, has a pretty incredible story of how he started working with Cape Beverage and Cape May Brewing Company this summer.

He’s done four or five events with us so far, and has a few more scheduled this fall as well.

“I’ve kind of got the hang of things. I did a couple of events with Ashley, so she showed me the ropes and all that. It’s fun, you’re selling beer,” he says with a smile. “It’s a pretty easy sell.”

Read More
"With such a focus on IPAs throughout the industry, Honey Porter is a refreshing change of pace."
Industry News, Cape Beverage News 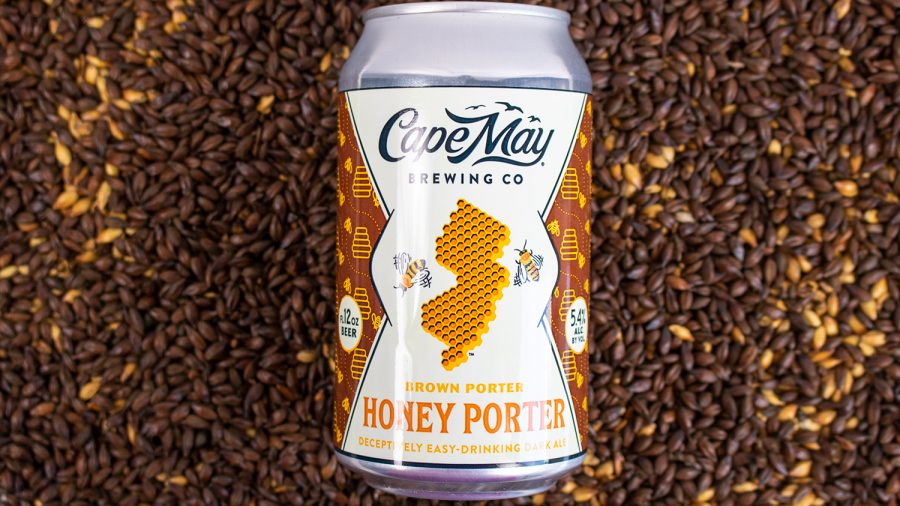 Cape May Brewing Company will distribute Honey Porter in 12-ounce cans for the first time this month, alongside its continued distribution in draft year-round. Honey Porter is a 5.4% ABV brown porter that is deceptively smooth, easy to drink, and features a light body with a hint of sweetness.

“Honey Porter is a beer that got its start when I was homebrewing in my Brooklyn bathtub, and the recipe as a whole hasn’t changed much since,” says Cape May Brewing Company CEO Ryan Krill. “We pride ourselves in providing the same experiences people know and love every time they take a sip or open a can, and the same is certainly true for this beer.”

Honey Porter has been a staple of Cape May Brewing Company’s lineup since the company’s inception, and has strong roots in South Jersey.

“We are thrilled to be working with Cape May Brewery on the new can launch of their Honey Porter made with Jersey Fresh honey,” says New Jersey Secretary of Agriculture Doug Fisher.

Using local honey was key in Honey Porter being the first beer in New Jersey to carry the Jersey Fresh designation.

“The ‘Made with Jersey Fresh’ program is available to food and drink companies that use NJ agricultural produce in their products, helping us extend the Jersey Fresh season to year-round,” Fisher says. “We encourage other companies that are interested in partnering with us to reach out. We can all raise a glass to promoting New Jersey agriculture!”

The Jersey Fresh program launched in 1984 to help inform consumers about the availability of produce grown in New Jersey. It has now become a benchmark for other state-grown agricultural marketing programs. The logo indicates that the contents have been inspected and meet quality standards equal to or better than U.S. No. 1 (the chief grade for most produce). This standard adds a quality assurance note to the overall Jersey Fresh marketing program that is welcomed by wholesale buyers and consumers who want high quality products that are uniformly sized and consistently packaged.

Honey Porter is Cape May’s second-oldest mainstay, right behind the iconic Cape May IPA, and was previously bottled in 2015, 2016, and 2017, with a limited can release in the Tasting Room in 16-ounce cans in 2020.

“We wanted to create a special label for this beer, which has been such an integral part of our flagship series for so many years,” says Marketing Director Alicia Grasso. “The honeycombed image represents our interconnectedness as a state as well as the importance of each individual area and piece to the whole. This label is a way to pay homage to our state and the incredible people we work with that make this beer possible.”

Honey Porter won a bronze medal at the 2019 Great American Beer Festival, and many devoted fans relish a dark beer option that they can enjoy year-round.

“With such a focus on IPAs throughout the industry, Honey Porter is a refreshing change of pace,” says Chief Brewing Officer & Brewmaster Brandon Greenwood. “It’s a traditional style brewed with English malts and a touch of local flavor with the locally-sourced honey. It is a delicious beer with a fine balance of bold, yet delicate flavors.”

Cape May Brewing is thrilled to give fans the option of taking this brew home with them as consumers shift to darker beer options this fall.